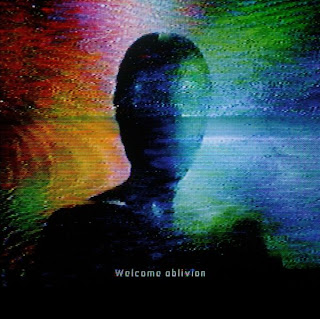 The musical collaboration of Trent Reznor and Atticus Ross gained the duo a Golden Globe and an Oscar for The Social Network soundtrack in 2011, and a Grammy for score of The Girl With The Dragon Tattoo. Reznor has come a long way from the angst-ridden establishment-bashing controversy of Nine Inch Nails: 1989's Pretty Hate Machine and 1994's The Downward Spiral. Now, a more settled and reasoned savvy industry animal and family man, alongside his wife Mariqueen Maandig, he is now one quarter of How To Destroy Angels. Rob Sheridan, who has worked with Reznor, and on the aforementioned soundtracks, completes the band as 'art director'.

Welcome Oblivion is the much awaited début album from How To Destroy Angels, taking the best of previous EP 'An Omen' and forming a full-length body of work (the vinyl version has two extra tracks: The Province of Fear and Unintended Consequences in a different running order - this review is of the CD/digital edition). Maandig is lead-vocalist with Reznor appearing occasionally, adding his trademark moody voice, but mainly he and Ross lay down the groundwork. Harsh grinding guitars and thrash drums have made way for stark electronica and smooth rhythms, and with Maandig's delicious tones, they are more than just Nine Inch Nails 2.0. She adds a new dimension, a calm presence within the fragmented industrial landscape.

The early highlight And The Sky Began To Scream sets the morose tone as a bleak electronic backdrop makes way for Maandig's world-weary start and Reznor's menacing finish. The song is beautifully constructed and arranged. Ice Age is a surprising break from formula - seven minutes of industrial folk with Maandig delivering an elegant crisp vocal, while How Long? attempts credible R&B with some success. And the album closes strongly with the wonderful The Loop Closes and Hallowed Ground. The former builds from Ghosts-like instrumental to a simple vocal duet, while the latter grows slowly from piano into strings, gradually filling with choral layers and buzzing production. Elsewhere results are mixed but everything stays neatly on course. Opener The Wake-Up is ominous until the startling riff arrives, piercing the atmosphere, the title track is a more controlled and accessible Crystal Castles, while Strings And Attractors fuses a prickly soundtrack with the softness of the vocals. The near-instrumental Recursive Self-Improvement adds a beguiling injection of pace.

How To Destroy Angels will no doubt draw comparisons with Nine Inch Nails - it is in Trent Reznor's blood, his soul. So this is not a distraction. Welcome Oblivion is more than the result of a side-project, or an experiment. Similar themes and thoughts have been crafted into a different creation. Sometimes it is necessary for a band not only to evolve and progress but to create an outlet, a creative diversion, an alter-ego. How To Destroy Angels is now as much an essential part of Trent Reznor as Nine Inch Nails, and with Ross and Maandig, he has the perfect companions. 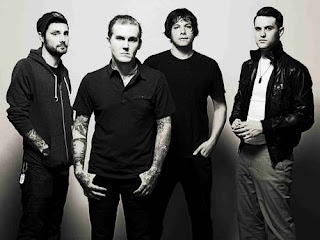 So it was on a cold, rainy March day that we travelled halfway across the country to the O2 Bristol Academy to see The Gaslight Anthem supported by Japandroids. We endured First Great Western, Ibis and the vibrant, hectic, cosmopolitan streets to reach our venue, host for a second night to the New Jersey heartland rock band. Truth be told, I was more interested in the Vancouverite duo in support than the headliners. Having listened to the albums, American Slang more than others, and been taken in by their new release Handwritten, The Gaslight Anthem have remained 'take-it-or-leave-it' for me. But sometimes it takes a live gig to win you over.

Before I could think about it too much, Japandroids walked on stage, in front of a wall of amplifiers. How would the Canadian prog-punks deliver a set to get the crowd ready for the main event? Awesomely, that's how. In what seemed like a fifteen minute blur of guitars, drums and distorted vocals, just the two of them with no tour support or gimmicks, they blazed through most of Celebration Rock as if their lives depended on it. They made The Black Keys look and sound like The Carpenters. The small venue shook and shuddered as The Nights Of Wine And Roses, Evil's Sway and the magnificent Adrenaline Nightshift threatened to blow the roof off the place. The crowd quickly became a mix of delight and bemusement right up to the last dregs of For The Love Of Ivy.

The crowd swelled, the balconies and walkways filled and the band most people were here to see, arrived. The Gaslight Anthem walked on stage to the sound of Jump by Van Halen and immediately launched into High Lonesome followed by the brilliant Handwritten. The set comprised mostly the latest album and The '59 Sound, with the rest forming the best of American Slang. Such was the quality there was no room for the wonderful Mae, Meet Me By The River's Edge and Miles Davis & The Cool. And it wasn't as if lead singer and guitarist Brian Fallon stopped to talk to the crowd - he thanked everyone for coming, asked if anyone had been to the previous night's gig (a mighty roar suggested that most had), and told everyone that it was 'the same band, different set'. He also introduced the Dylan cover Changing Of The Guards and explained that it was from the new Amnesty International compilation. And that was about it. He is a man of few words. This fitted the workmanlike attitude of the band who simply got on with the music as the fans swayed, punched the air and in part pushed each other around in one of many impromptu moshes - it all seemed harmless, if spirited, enough. My favourite track from Handwritten, Too Much Blood, was a welcome surprise and the excellent "45" proved to be my highlight, and the encore closed with a mighty rendition of The Backseat. But above all, the band re-introduced me to the power and depth of their impressive catalogue.

I went to the gig wanting to be a fan and left feeling like one. I didn't get it before but now I do. I don't remember the last time I witnessed a band generate that much emotion and passion from a crowd and I was instantly taken by the energy they injected into the live performance.

Email ThisBlogThis!Share to TwitterShare to FacebookShare to Pinterest
Labels: Live 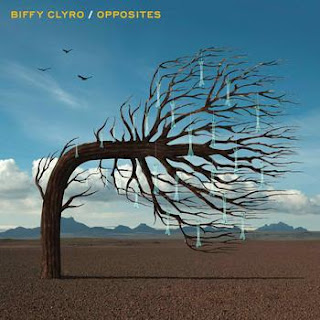