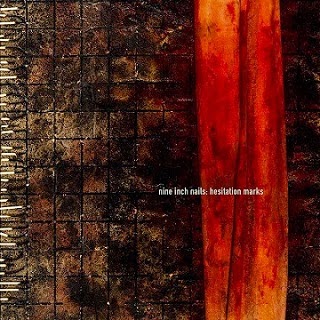 The ever-talented Trent Reznor looked set to close the doors on Nine Inch Nails in 2009 when the band's tour came to an end and he started work with How To Destroy Angels. A few much publicised award-winning film scores and three HTDA releases later and Reznor revealed that he had been working with Atticus Ross (with whom he created the aforementioned scores and the HTDA records) and long-term NIN producer Alan Moulder, on Hesitation Marks. What started as a few tracks and ideas has become one of the best albums Reznor has made under the name Nine Inch Nails.

It is the style and mood of Hesitation Marks that makes an initial impact. The songs are controlled and balanced, with very few explosions of anger or vitriolic emotion. Reznor, as the vocal centrepiece, never overwhelms with his voice; instead creating a calming influence over the electronic-industrial backing. Even on the early Copy Of A (featuring Lindsey Buckingham), the music builds, shifts and rises but feels much like a reworking of The Hand That Feeds from With Teeth, never uncontrolled or messy. Everything is direct and measured. The final verse packs a punch lyrically without the need to ram it down your throat. Came Back Haunted follows in a similar way, choosing tension and gritted teeth over screams of pain and catharsis. Even through the muddy guitars, the music builds and throws in multi-layered vocals, to create the illusion of maddening cries all shouting together - but then calms to a low, morose finale.

The usual themes are explored with a more modern twist, most notably the piercing Satellite - an oppressive tale of 'Big Brother' paranoia, gliding effortlessly through five minutes, data pulsing in the background. The flip-side to this is the more inward-looking Find My Way, this has Reznor barely whispering by the end. Another highlight is the wonderful Everything, a post-punk riot of guitars and drums packaged into a three-minute pop song. "I am home...I believe. I am home... I am free... always here...", Reznor sings. And the sparse, fragmented Various Methods Of Escape sounds like a re-worked HTDA piece, but builds to a fantastic guitar/drum combination and some of the best vocals on the album.

As expected, Hesitation Marks is by no means perfect. The spiky funk-infused All Time Low is an odd move and about three minutes too long. That said, the juxtaposition of styles breaks the otherwise sedate flow. Running is also disjointed and, although musically interesting, brings nothing new to the album. Then there is I Would For You, which sounds laboured and jaded - a shame as the guitar work and piano in the last minute are fantastic. Thankfully, the final songs are top draw. In Two is a glorious mix of old and new (with more great guitars from Buckingham) - again Reznor is powerful and punchy without losing control and focus, as a combination of complex percussion and empty-spaces provide the backdrop. And the ending is superb, crashing headlong into While I'm Still Here, the final ballad, beautifully crafted and arranged; treading a careful path and concluding with a perfectly odd brass section, and then into Black Noise to finish.

For the most part, Hesitation Marks is a mix of everything that has come before: the chaotic intensity of The Downward Spiral, the pop-tinged hooks of Pretty Hate Machine, the angst from With Teeth, the majesty of The Fragile and the sedate atmosphere of the glorious Ghosts. And the Social Network score has had a huge impact on how Reznor now constructs songs; how they move and evolve. The 'side-project' HTDA has been a positive influence but with Hesitation Marks, Trent Reznor has proved that his heart and soul is very much with Nine Inch Nails.

The 2013 Mercury Prize shortlist has been announced and it's no surprise to see David Bowie getting all the headlines. Even more surprising is that The Next Day isn't a very good album - challenging, yes, but not great, in the same way as PJ Harvey's Let England Shake. So Mercury continue to write their own headlines and put forward a shortlist of albums that stir up discussion and debate and in most cases, thankfully, lead the music fraternity to revisit and reassess albums from earlier in the year that had little or no impact the first time around. Several of these made it...Villagers, Savages and Foals to name three. But it's great to see real talent acknowledged: Laura Marling (again), Jake Bugg (firm favourite) and Jon Hopkins (a much more interesting album than Disclosure's Settle). Interestingly, this year there is no classical, no folk (Marling doesn't count) and no 'jazz'. James Blake and Laura Mvula are outside chances with strong records and Rudimental are the dark horses. (And it's too early to comment on Arctic Monkeys) 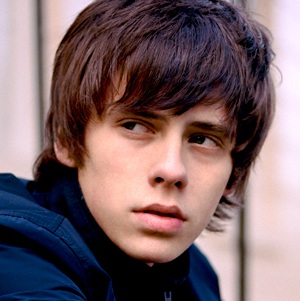 Here are the nominees:

Email ThisBlogThis!Share to TwitterShare to FacebookShare to Pinterest
Labels: Awards

The National continue to hold the top of the chart with the album of the year. 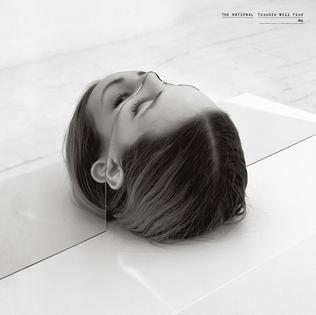